Visit the Rebel city and explore the flourishing hub of Irish culture and history, known for its markets, music, pubs and entertainment scene. Just outside of City is the world-famous Blarney Castle, where visitors to kiss the Blarney Stone in hopes of receiving the gift of eloquence.

Places to visit in Cork

Major attractions in Cork City proper include Crawford Art Gallery, the English Market and St Finbar’s Cathedral. With a hire car, it’s easy to drive out of town to visit outlying highlights, including Blarney Castle and Fota Wildlife Park. Arboretum.

Tourists are most taken with the English Market, which is brimming with atmosphere and features artisanal foods and myriad fresh meats and produce. The more mainstream shopping options centre on St Patrick’s Street.

Eating out in Cork City

Whether looking for smoked salmon at the English Market, traditional pub fare or modern, international cuisine, you’ll find it in and around Cork City centre.

There are several petrol stations located in and around Cork Centre. The most convenient station to the CARHIRE.ie car rental depot is South Link Service Station, which is situated immediately east of Lee Garage on the N27.

The Cork City car hire depot is centrally located along the South Terrace on a bend in the River Lee. This places it between Union Quay and Sullivan’s Quay, within easy reach of the N27 motorway. This makes the Cork City depot convenient for anyone who arrives in town overland.

Cork’s main bus terminal (at Parnell Place) is roughly 700 metres to the north-east of the depot. From the bus station, cross the river on the nearest bridge and turn right onto Union Quay. Follow this all the way down to its intersection with South Terrace and turn left. The Cork City car rental depot is situated a few metres down this road on the right. Look for the blue sign that says, ‘Lee Garage’. Walking here from the Parnell Place bus station takes about ten minutes.

Cork City is compact enough to explore on foot, so long as the weather holds out. However, there is more to see and explore than you’ll have time for in a day. If you plan on hiring a car in Cork, make a point of booking a hotel with guest parking facilities. This allows you to do plenty of sightseeing without having to pay for street-level parking.

The car hire depot in Cork opening hours are here. During these hours, customers service representatives will be on hand to assist in completing the paperwork for your Cork City rental car.

Cork is one of the principal cities of Ireland’s south, and people call in from all over the province of Munster to do their shopping here. With that in mind, Cork has plenty of department stores and shopping malls that cater to local shoppers. However, tourists are well taken care of as well. The English Market and St Patrick’s Street are particularly worthwhile.

The following are the most popular places to go shopping in Cork:

Known as ‘Pana’ by locals, St Patrick’s Street was redeveloped in 2004 and has since grown into Cork’s most popular shopping district. Since then, it has twice been awarded ‘Best Shopping Street’ status in Ireland. It’s chock-a-block with shops and notable buildings, and major retailers include Marks & Spencer, Brown Thomas, Debenhams, Eason and Golden Discs. Dunnes Stores’ original outlet also debuted here. It remains one of the most popular shops on Patrick Street. Some of the above are located within Merchant’s Quay Shopping Centre, an enclosed shopping mall that makes for a good rainy-day diversion.

While Patrick Street is where all the 21st Century retailing takes place, the English Market still has a monopoly on atmosphere. It’s an historic place—dating to the 1700s—and still hosts myriad market stalls selling fresh meats, poultry, fish and produce. This is a great place for visitors to pick up smoked salmon, handmade cheeses and just about any other artisanal treats that you associate with Ireland. Round out the selection with wool products, lavender, a range of sweets and (if you’re feeling particularly brave) tripe.

This shopping street has plenty of history behind it. In the early 20th century, the local Hadji Bey’s sweet shop was famous for its Turkish Delight, though that shop eventually closed in the 1980s. Today, MacCurtain Street has a collection of cafés, antique shops and musical instrument dealers. Local blues legend, Rory Gallagher, bought his signature 1961 Fender Stratocaster here at Crowley’s Music Centre.

Synonymous with Cornmarket Street, Coal Quay was a popular merchant street as far back as the 1800s. In those days, St Peter’s Market was the most practical place to purchase foodstuffs. Today, Coal Quay has more to offer in the way of dining and entertainment. However, a market still convenes here every Saturday morning.

If you are fortunate enough to have a hire car in Cork then you’ll probably be eager to get out and explore the countryside. While there’s plenty to see and do in the city itself, some of the finest attractions require a short drive. The following sites are particularly noteworthy, and all can be reached in just a few minutes’ drive from the city centre:

It only takes 20 minutes to drive to Blarney Castle, one of the most popular tourist attractions in all of Ireland. Construction began in the 10th century, when the building was used as a hunting lodge. The castle’s star attraction is the Blarney Stone, which legend holds can bestow the gift of eloquence on anyone who manages to kiss it. This wouldn’t be so difficult if not for the fact that the stone is positioned off of a ledge just out of reach. Kissing the stone is an acrobatic feat in itself, and it requires bending over backwards with the help of a spotter.

This castle is also a short drive outside of Cork, where it was built in the 15th century. This tower house has been painstakingly restored, and the Main Hall and Great Hall are both fitted out with period furnishings. A herb garden and an orchard are also maintained on the grounds.

Cobh is a lovely town located a mere 25 minutes’’ drive from Cork City. It occupies a stretch of coastline and has a stalwart maritime tradition. Today, visitors stop by to admire the architecture and enjoy fresh seafood in any number of restaurants and pubs. There’s also a decent after-hours scene here. However, Cobh wasn’t always such an upbeat place to visit. The Titanic stopped off here before setting out on its ill-fated voyage. This was also the point of departure for millions of starving emigrants during the great Irish potato famine.

This is one of the finest wildlife parks in all of Europe, and it only takes 20 minutes to drive here from Cork’s city centre. Much of the park is open, with 70 exotic species of wildlife roaming freely on a 40-acre plot of grassland. Ostriches, kangaroos, lemurs, zebras and giraffes are all in the mix. Understandably, the resident cheetah is kept in a separate enclosure. The white-tailed sea eagle is particularly famous, as it was once native to Ireland but has now disappeared from the wild. Find out more information about Fota Wildlife Park and Abroretum.

Cork is Ireland’s second city, and it offers a wide selection of accommodation options. The following are among the most popular hotels in and around the city centre. All of them feature parking options for guests with a rental car in Cork: 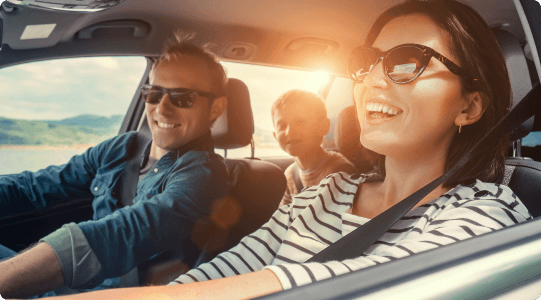 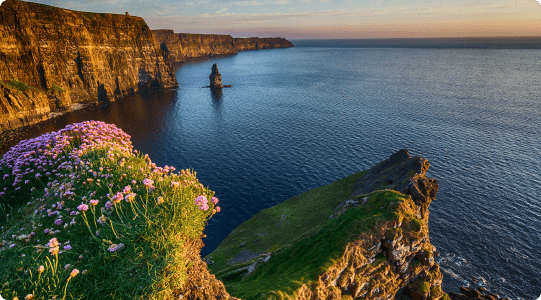 Explore Ireland's top 10 family day trips with CARHIRE.ie - we provide locations nationwide to make your next adventure convenient and hassle-free.